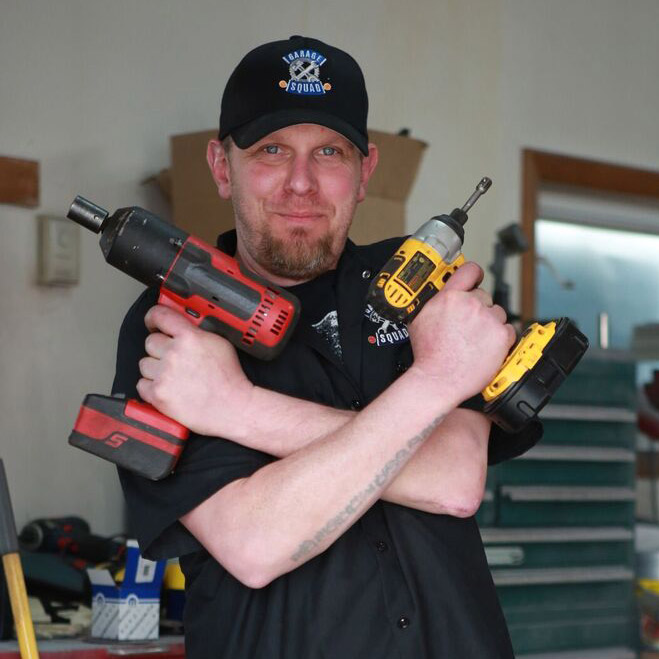 Joe Zolper, lead builder on Velocity’s Garage Squad is the award winning owner and chief wrench of Prison City Choppers in Joliet, IL; where he lives with his wife and young daughter. Prison City’s work has been turning heads for 14 years and in Joe’s words, “I was just born being a mechanic.”

Joe comes from a family of mechanics (he worked on dirt bikes as a kid and helped his dad and brother on their cars). He was practically born with a wrench in his hand and has wanted to be a diesel mechanic since the 3rd grade. “I was the kid at 6 or 7 who tore apart my toys to see how they work.” He grew up on his grandfather’s farm. Living on a farm teaches you to be creative with the tools at hand. That creativity has continued Joe’s mechanical work. Just because something can’t be fixed “by the book” doesn’t mean it can’t be fixed and done well. Imagination and creativity is a huge part of being a fabricator. “I can look at a car or a motorcycle that comes in the shop and I can see how it will look when it’s done.”

By the time Joe was 18 he was independent and working on anything mechanical he could get his hands on – from garbage trucks to port –a –john trucks, wherever he could get a break. “I like anything with a motor. I’m not picky. I don’t care if it’s a lawn mower or a race car.” After a few years working as a mechanic for other companies Joe launched Prison City Chopper & Customs at the age of 23. PC is among the largest customs shops in the Midwest and has numerous “People’s Interest” and “Best in Show” awards from the likes of “World of Wheels” and “Super Cycles.”

Giving back is important to Joe. It’s one of the reasons he speaks at local high schools and teaches the occasional shop class. It’s also what makes him passionate about “Garage Squad”.

Joe is also the kind of guy who likes to go fast. He’s been drag racing since he was 16, mostly for fun. He builds all his own cars, motors, transmissions and rear ends. Everything. Whether it’s Prison City work or personal he’s the quintessential Jack of All Trades: electrician, welder, fabricator, sheet metal guy and mechanic, all in one trash talking package. Some of his own cars include an alcohol blown, pro modified 69 Daytona he’s building from scratch and an alcohol blown 68 GTX also built from scratch. He also has a couple of big block turbo charged cars he done in his spare time.