Local Mechanic to Appear on Reality Show About Cars 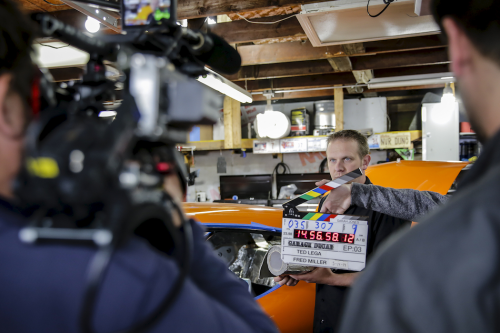 About 15 people working on the show huddled behind the camera Wednesday in the garage of a Joliet resident as Zolper gave future viewers a tip on how to save big on interior insulation for a car.

“It doesn’t usually take this long. I really needed to eat something,” said Zolper, who others on set describe as quick-witted and sociable. “The candy bar helped.”

Zolper, the owner of Prison City Choppers auto and bike shop in unincorporated Kendall County, is the head mechanic for the show “Garage Squad,” which is scheduled to premiere Aug. 1 on Velocity.

“We help those who send in submissions wanting to fix or restore their cars,” said Ted Lega, “Garage Squad” director. “These people sometimes want to renew their interest or they have run out of money.”

Read Full Article at The Hearald-News